A personalised Action Plan is the easiest way to fast track your fertility journey. 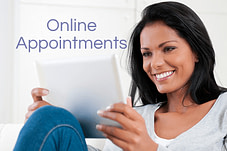 Improve Your Fertility With Preconception Care

Receive an email when we publish a new post 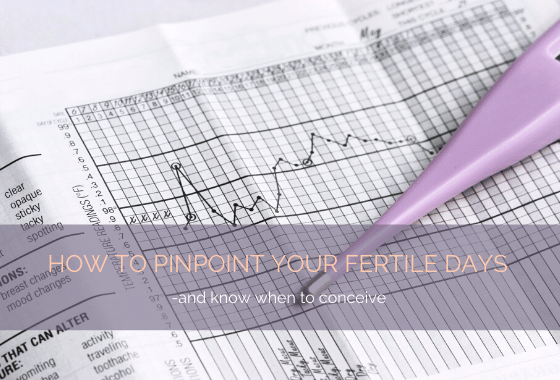 Tracking your fertility can help you plan baby-making attempts, if you know what to look for. Your cycles are unique and most often rhythmical. Tracking basal body temperature and cervical mucus changes can be sufficient to figure out when ovulation is taking place.

Do You Know How To Read Your Body’s Signals?

There are only about 4-5 days in your cycle where you can conceive, this is often referred to as your ‘fertile window’. Your fertility window begins approximately 4 days before ovulation and last up to 12-24 hours after ovulation has taken place.

Having intercourse every 2-3 days before ovulation will greatly your chance of falling conceiving in that cycle.

If you have unsuccessfully trying to conceive for a while, take a look at the table below. Conceiving might require a little more patience than you thought.

The fertile window starts about four days prior to ovulation. Women who have a regular cycle will find it easier to pinpoint their fertile days, than women with irregular cycles.

Not all women have regular 28 day cycles and even if you do, it is not a given that ovulation will take place on day 12-14.

However, most women will ovulate on the same day in their monthly cycle (or a day either way). So, if you know when you ovulate, you can plan your baby-making-attempts ahead.

Keep in mind that you have at best a 25 percent chance of conception, even if you manage to pinpoint your peak fertile days accurately. So, don’t give up if you fail to conceive within the first few months.

This is why you could be failing at the attempts of getting pregnant fast. Remain patient, and if you haven’t already - now is the perfect time to tidy up your diet and lifestyle and keep on trying!

If you need some additional information about your fertility, consider making an appointment to see fertility naturopath.

The cervical mucous, as its name suggests, is secreted by the cervix and it helps nourish the sperm on its travel to reach the egg. The amount, colour and texture of cervical fluid is altered by hormonal fluctuations throughout the menstrual cycle, and this is one of the clearest indicators that ovulation is about to take place.

It is best to monitor cervical fluid in the morning. After measuring basal temperature, make note of your observations after using the bathroom for the first time.

Here’s what the appearance could mean:

Lack of cervical mucous: just after your period, you may find that you don’t have much mucous at all. If you have any, it is often white and ‘pasty’. This cervical mucus is not fertile.

Stretchy, egg-white mucous: this cervical mucous is fertile and it begins appearing in the days prior to your ovulation. (Keep in mind that this mucous can be confused with the mucous your body produces after intercourse.)

Sticky and thick cervical mucous: this is the type of mucous that will appear after ovulation and in the days before having your period. This cervical mucous is not fertile.

Basal (or morning) temperature changes throughout your cycle due to the changes in hormone levels. Oestrogen levels are higher before ovulation, which means that your basal body temperature (BBT) will be lower. Levels of progesterone increase after ovulation, causing an increase in your basal temperature.

Most women ovulate around the same time of each cycle, so after a few months of tracking, you should know when to try for conception.

However, BBT tracking is not very useful for women who have very long and/or very irregular cycles, this includes some women with polycystic ovarian syndrome (PCOS). In this instance, it is best to try to regulate your cycles before attempting BBT.

What Is A Basal Body Temperature Chart Useful For?

The chart is not a fail-safe tool, however can be very effective when used for a period of 3 months to identify:

It is always best to combine results of both BBT and cervical fluid monitoring to get a clear picture of ovulation timing.

What you will need to get started:

Use The Following Procedure To Track Changes In Your BBT:

What May Cause An Unreliable Reading?

Alcohol consumption, illness (e.g. flu), stress, use of an electric blanket, unpleasant dreams and disrupted sleep all may cause minor increases in BBT. Painkillers such as paracetamol may reduce basal temperature.

It is important that factors such as these are recorded on the basal body temperature chart. Knowing the reason for unusual spikes or drops in temperature will ensure that these readings are ignored, and not considered an indication of something else.

What Does It Mean If The BBT Does Not Remain Elevated For 14 Days Prior To Menstruation (post ovulation)?

LPD contributes to infertility as it does not allow for effective implantation of a fertilised egg. LPD may stem from hormonal imbalances such as an inadequate LH surge, low progesterone and/or elevated prolactin.

What Does It Mean if There Is No Significant Increase In BBT Throughout The Cycle?

This may indicate the absence of ovulation, as it is the presence of a progesterone-releasing corpus luteum that is responsible for the higher temperatures.

It is quite common for a woman experiencing anovulatory cycles to still have a regular period, however bleeding may be unusually light.

Also consider cervical fluid characteristics. If the vulva is relatively dry, it is possible that no ovulation is occurring. If normal patterns of mucus are present, it may be worthwhile to test the urine for an LH surge (e.g. using an ovulation prediction kit). If there is normal mucus, and the presence of an LH surge, there is a chance that ovulation is occurring, without the usual BBT changes. Another possibility is that the BBT has not been measured accurately.

Numerous Conditions May Contribute To Lack Of Ovulation:

What If Ovulation Appears Normal, However Numerous Attempts Have Not Resulted In Conception?

Up to 50% of infertility cases can be traced back to the male. It is important to have your partner's sperm count and health analysed to rule out potential problems.

There are many  factors that can result in recurrent miscarriage. It may be necessary to investigate the possibility of:

What Does It Mean If There Is A Dip In BBT During The Luteal Phase?

There is naturally a small surge in oestrogen during the luteal phase, and this may account for the small dip in BBT. Apart from this, BBT in the luteal phase should be relatively stable.The follicular phase is generally less stable with frequent dips and peaks; this is quite normal.

What If The Cycle Appears Quite Short Or Long?

For short cycles, first rule out luteal phase defect. A short follicular phase that is accompanied by positive changes in cervical mucus and a maintained increase in BBT, may still indicate an ovulatory cycle. In these cases, fertile days are likely to occur sooner after menstruation than in longer cycles.

For long cycles, first rule out pregnancy. A long luteal phase of at least 14 days may still indicate an ovulatory cycle. However, if the luteal phase is too long allowing the uterine lining to become too thick, or if late ovulation has occurred (seen in an extended follicular phase e.g. 20 days), it may not be an ideal cycle for conception. In any case, a successful pregnancy may still occur.

If cycles are irregular from month to month, or cycles are significantly short (≤20 days) or long (≥40 days), further investigation may be required.

Causes Of Irregular Cycles Include:

For most couples, the single most important thing when trying to conceive is to know when the woman ovulates. Having intercourse every 2-3 days before ovulation will greatly increase your chance of conceiving in that cycle.

If you have been trying unsuccessfully for more than 6-12 months – it is time to do some testing. This involves both partners as problems with fertility is just as common in males as in females.

At this point, is important for the woman to check that her fallopian tubes are open and healthy, so the sperm can travel to meet the egg.

The man should have a semen analysis, to rule out any problems with the sperm.

Every woman can track her fertility – patience and a little bit of body awareness is all it takes. Do you need more information? Do you have questions? Post your question below - We will love to hear from you 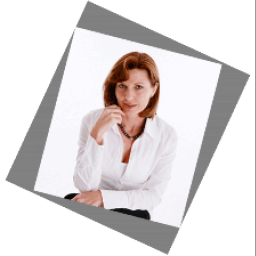 Hi there, I’m Henriette and the founder of Perth Natural Fertility. I believe in empowering people to make smarter, healthier choices in their lives. Over the past 18 years, I have helped hundreds of couples improve their health and fertility. In my spare time, I love travelling, reading and spending time with friends and family.